In New Zealand both transportable homes and prefabricated homes are popular options amongst those looking for low cost, quick and hassle-free housing. This has been helped, in part, by the ever rising cost of buying a home.

According to the Global Property Guide the average New Zealand house price has risen from $190,000 in 2001 to just under $550,000 in 2017, this is leading many people to seek out alternative options for their first home, staff housing, second dwelling or downsizing options.

Even the cost of building a new home can be prohibitive. Buildingguide.co.nz warns that you should expect to pay $1500 per m2 to $2500 per m2 for an average house with $3,000+ per m2 being typical of a bespoke house. Don't forget the 10% contingency for overrun as well. This means a fairly normal 100sqm house will cost you around $250,000 before you include consents, design, siteworks, GST and any project overruns. This is a rose-tinted view however, as analysts indicate the cost of building is growing, in the last decade the cost of building has grown by 25% and in the last year alone it has grown by 3.5%. 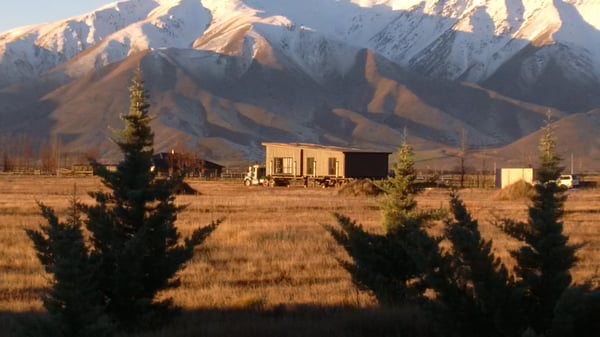 We've looked at the uncertainty behind most building projects before. From builders not turning up to the weather dragging out the timeframe, and the cost. So what alternatives are available?

Transportable houses in New Zealand are a popular choice. They are built in their entirety often in a warehouse and then delivered to your site on the back of the flatbed lorry. Unlike prefabricated homes a transportable home can be removed at a later date, making them ideal for temporary accommodation.

This ability often affects design. It's common for transportable homes to be rectangular in design for ease of transport and they can often be installed on footers to allow future relocation. For many people this is beneficial, for other the temporary grounding, and boxy look can be a put-off.

Because there's no expectation for them to be hauled away at a later date this can enable more elaborate designs, and for multiple sections to be built in isolation and then connected together on site. Prefabricated houses still benefit from being built in an indoors controlled environment, eliminating cost overrun but with the benefit of designs that more closely represent conventional build methods. 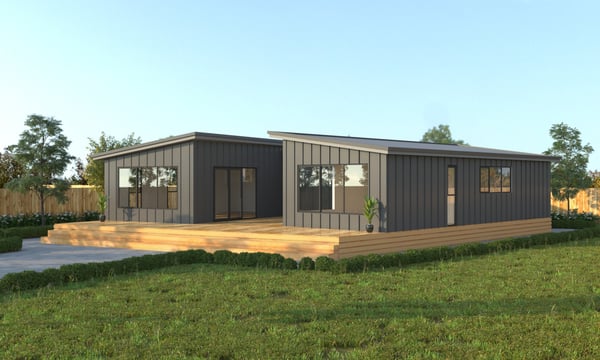 Both transportable homes and prefabricated homes can facilitate a cost saving. Sources state that a home built indoors, under controlled environments, can be built up to 40% quicker than a conventional home. When many building costs are labour associated this can seriously reduce the total cost of building.

Genius Homes prices include GST, acquiring consents and design re-works further removing the uncertainty of cost ballooning out of control. To discover a design that suits you check out our range of prefabricated house designs and request a free, no obligation quote instantly or download our brochure.

At Genius Homes we’re continually looking at ways to push the boundaries of home prefabrication. To highlight this we have created a new series of homes...

Our latest designer range of homes might be the most recent addition to our house design collection but the 'Urban Range' builds on decades of experience...

Genius Homes has been building homes since 2010. Over this time we have delivered prefabricated homes all over the South Island and during the month of May,...