Why prefab homes are the future of housing

Prefab homes have been around for a lot longer than many people think. An early version of a prefab home was actually sent from England to the United States back in the 1600s. However commercial prefabricated homes didn't really take off until the advent of kitset homes. Kitset homes were an evolution of house kits, where an entire house would be partly assembled in kit form, transported to site and then pieced together in situ.

In the early 1900s Sears, Roebuck and Co sold mail order prefabricated homes and sold more than 70,000 between 1908 and 1940. During the 33 year history of offering mail order prefab homes the company had over 370 different designs and were built all the way from Florida up to Canada. These weren't pokey little cottages either, one Sears design known as the Magnolia was a 10 bedroom, 2 storey house that also featured a basement. Even though the plan didn't include brick, cement or plaster at $6,488, slightly cheaper than a 10 bedroom house will cost you today when accounting for inflation.

Because kitset homes contained all of a house's parts it was easy for owners to build them. A company in the United States started selling house kits from as early as 1906. Prefab homes take kitset to a new level because the entire house is built in a factory and is then relocated to the customer's site.

The very first prefab house in New Zealand was the Treaty House in Waitangi, built in 1833. Even in the 1800s immigrants part of the colonialisation of New Zealand were encouraged to bring the framework for their cottages with them.

But the prefabrication industry has come a long way since those days. In an article in Stuff back in 2013 Mark Southcombe, at the time a senior architecture lecturer at Victoria University, boldly stated that "prefab is absolutely the future of the building industry." His book, Kiwi prefab: Cottage to cutting edge, dispels the myth that prefab homes are drafty, old and temporary and showcases the many benefits prefab homes bring to New Zealand.

Mark goes on to describe how prefab homes in NZ feature many benefits. Prefab home prices can be much lower because costs are more controlled and they can be quicker to build from start to finish. Prefab homes have many pros and cons, as this article by Houzz outlines but with areas like California already seeing prefab as a go-to method of construction the future of prefabricated homes looks bright.

A recent research paper by Malay Dave, Bruce Watson and Deo Prasad in Australia investigated the performance and perception in prefab housing. In particular the paper looked at the relationship between affordability and sustainability. What was particularly interesting was the perception that gains in sustainable building materials and practices would lead to increases in costs. The report seemed to discover a different relationship.

"...the results also indicated that to some extent when the homes improved affordability their sustainability improved too." The paper identified further investigation around this was required but went on to highlight the real key challenge that is affecting prefabrication's rise as a chosen building method. The lack of awareness among builders, designers, policies and financial institutions, coupled with societal perception issues were identified as being part of the reason why there is not a greater uptake of prefabrication in the housing industry.

Prefabricated homes offer significant benefits in affordability of housing and in environmental sustainability both in their manufacture, and in their ongoing footprint. As designs improve and accessibility widens it won't be long before more houses appear on the back of a lorry across New Zealand.

With more professional architects lending their design expertise to prefabricated housing and an increase in the demand for high quality affordable housing, the desirability of a prefabricated home is only likely to increase as well. Contact our friendly team today to chat regarding building a prefab house, or more more information regarding the range of modern, affordable and functional designs we have available. 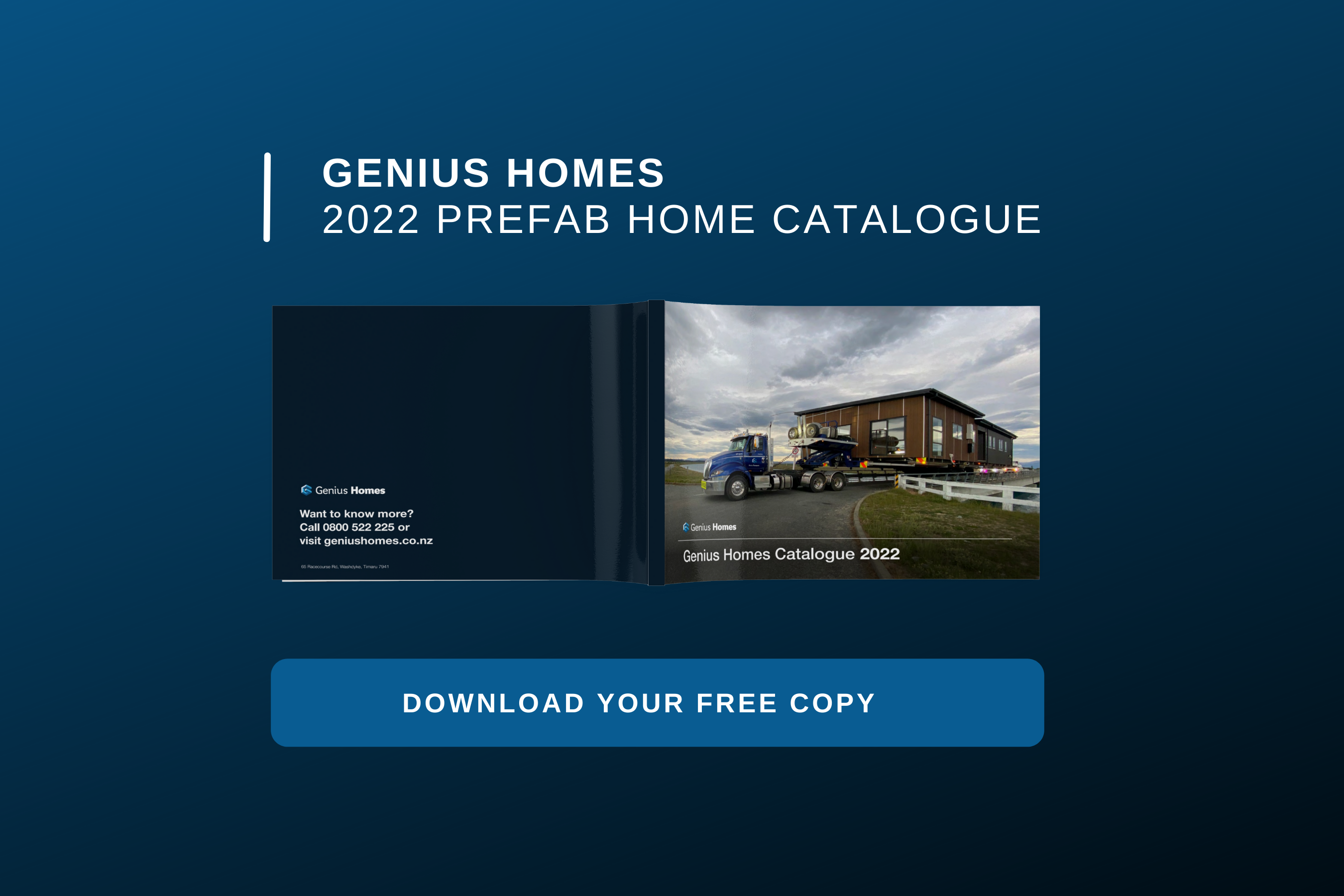